How are the Cloud Wars Ramping Up in Retail? 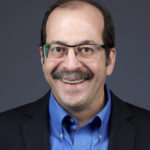 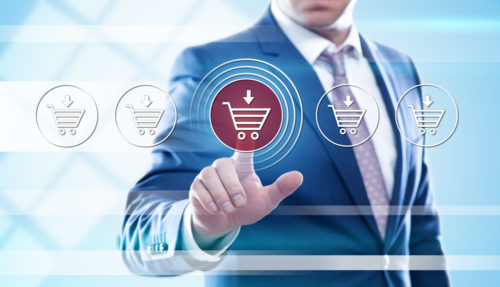 The new form of the marketing stack is shaking up the cloud wars between Google, Amazon, and Microsoft. Google in particular appears to be declaring war on Amazon Web Services with its recent partnership that combines Salesforce CRM with G-Suite, Google Analytics, and Google Cloud Platform – especially when it comes to retail. Their slow, methodical progression has so far included low-cost hosting, integrating with stack players, and now Google Analytics 360. These moves make it clear that Google is making a real play at Amazon for the retail audience.

Other moves in the industry from the likes of Microsoft and Adobe make it clear that the new marketing stack – unlike the old one – will mean having a cloud preference. How did we get here? Understanding that involves knowing the history of the closed marketing stack; once we know that, we can also begin to understand what the future holds.

Back to the Beginning with the Closed Marketing Stack

With the rush to digital and the resulting creation of silos, major players like Adobe, Oracle, Salesforce, SAP, and IBM, went on spending sprees to acquire as many “parts” of the stack as possible and cobble them together in a grab for market share. These efforts created a virtual hodgepodge of vertically bound products that weren’t vertically integrated; ultimately, this became the model to get clients engaged at one layer or another and then capture their other silos one at a time. Thus began the world of closed marketing stacks.

These stacks still don’t communicate well within their different layers, but they were introduced as the solution to marketers’ problems anyway. To be honest, it takes years and a lot of money to retrofit interfaces to make them seamless. This makes the full stack a difficult bargain for brands because they must:

The brands that fit nicely within the model aren’t leading the pack (and don’t want to). The reason they fit fine within that stack is because the flexibility and functionality trade-offs aren’t important to them right now. But that leaves a whole lot of organizations out there trying to figure out how to efficiently move their enterprise global marketing solution along. So where is that group going?

Adobe and Salesforce have said they are the answer since the beginning and that’s never once been accurate for enterprise or global solutions in my 22 years in the business. While they have enterprise customers, the full stack that is offered is not typically what is purchased. One, two, sometimes three products of their stack might possibly be in there. The result is that the solution itself becomes just part of the data silo problem. There’s too much pushing data into someone else’s data structures and discomfort associated with getting it back out in a reliable, timely, and identified way to effectively pair it back up with enterprise first-party data. Besides, there’s no way a large global organization is going to put all their first-party marketing source data into a DMP or a proprietary stack.

The New Stack in the Cloud

There’s another thing going on now in the marketing domain. Although it’s happening a lot of places, I’ll limit myself to the interesting moves recently at Google, Microsoft Azure, and AWS. I do fully acknowledge that other cloud players like Alibaba, Tencent, and others are doing their thing too though.

Google is the first player in the ad tech space to really build/buy and provide a full package. This shouldn’t really be a surprise. Google has, like AWS, an incredible infrastructure capability that is now flexing its muscles. A great thing to watch, but seemingly not really related to marketing, right? Wrong – it’s definitely tied to the marketing world.

Google has expanded its reach slowly, first into the ad tech/martech marriage with Google Analytics, Premium, and related products that they’ve purchased. Then, last year, they announced the 360 Suite – essentially a declaration of war on Adobe and the other “stack” players.

Meanwhile, Microsoft Azure partnered with Adobe while trying to use Microsoft Dynamics 365 as the primary first-party solution. Microsoft Azure has verticalized its market approach, going after specific verticals with knowledgeable teams ready to help, including with their partner-marketing solutions. (Disclaimer: Redpoint Global is one of them.)

To counter this, Google partnered with Salesforce, another CRM solution, so we have a new, tight integration. Contrast this with Amazon, who has moved around a little in the space, but has mostly adopted an agnostic “come on in, build here” kind of attitude. Their big move was that, after a lot of hinting, they bought Whole Foods after playing around with pop-ups and different kinds of brick-and-mortar concepts. Yikes!

In the past, retailers have debated using Azure instead of AWS. They didn’t want to give Amazon any more money than they had to, especially when competing against them in e-commerce. AWS still won its fair share, even with those concerns. It feels like the scales are tipping against Amazon right now though. Retailers are genuinely afraid of choosing AWS because of Amazon’s retail arm. Because of that, many are looking for a way to move to Google, Microsoft Azure, or a different provider – assuming they get the right price, right performance, and right infrastructure.

Google knows an opportunity when they see it. Ever since Amazon’s Whole Foods acquisition, they seem to be aggressively courting retailers with a combined infrastructure, Salesforce relations, and Google 360 deal with a hard-to-beat price point that also combines Google’s most popular ad tech stack parts in marketing. Both new cloud customers and existing, irritated, and worried AWS customers are in their sights right now.

Google is creating a new stack, including the infrastructure – a really full-stack capture. In some respects, this means the battle for retail infrastructure and application software is just beginning. I don’t know where it ends, but it’s clear that now both Google and Microsoft have AWS in their crosshairs.

How to Benefit from the Digital and Physical Retail Convergence

Real-Time Omnichannel Engagement Is the Future of Retail

Beyond the Marketing Stack: Why a Data Hub is in Your Future